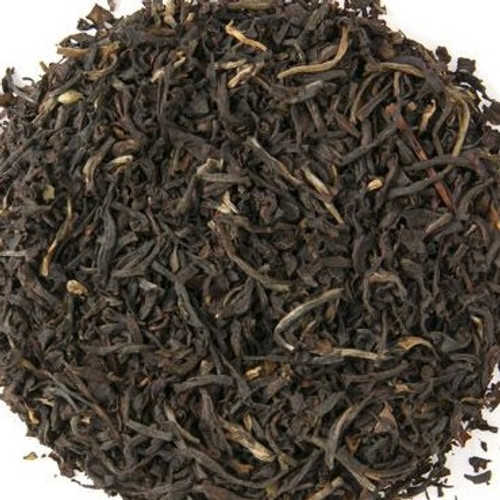 The Milima mark is manufactured at Saosa Factory which was built in 1929. This is the only factory in East Africa producing orthodox style leaf. This special mark is produced and developed at African Highlands Produce, Applied Research Department. The clone develops a distinct floral characteristic during the cooler months of June and July when the bush growth is slow. Our Milima is only bought at this time to obtain the best quality. The leaf is selected from bushes on estates Kaproet, Saramek and Chemase. Teas for Milima are grown at 6000 feet or higher. Milima means 'mountain' or 'high place' in Swahili. After plucking first thing in the morning, the leaves are gently rolled in order to maintain the floral character and obtain the twisted leaf appearance. After 3 separate rolls, the leaf is allowed to oxidize before being dried, then sorted into three primary grades. Each grade contains a good percentage of golden tips giving the leaf a similar appearance to premium 2nd flush Assam Orthodox teas of North India. The liquors of Milima are bright and orange in color and impart a floral aroma and taste with a delicious malty almost Bordeaux like character. Tea is a very important product for Kenya. The industry provides employment for several hundred thousand people from the small holders through the steamship companies that transport the tea around the globe. Tea was started by British planters during the early to mid 1900's. Many of these planters were feeling unwanted in India and migrated to Kenya. Despite a ban on the transfer of plants and information, these planters smuggled Indian tea plants into Kenya. The plants thrived in the climate - today Kenya is the world's second largest exporter of tea.